You are here: Home1 / Rose Constable

This author has not written his bio yet.
But we are proud to say that Rose Constable contributed 13 entries already.

Ana’s artwork was brought to my attention by Bob and I subsequently went to the Bombala HS awards night and present, in absentia, a Bournda EEC Environment Prize to Ana for her work which I found thoughtful and inspiring. A very aware young lady. Doug Reckord, Princpal,  Bournda Environmental Education Centre

Future Leaders generously sponsor the Bournda EEC Future Leaders Environment Award which will be presented at the World Environment Day Dinner, 5 June. Two Year 12 students will each win $500. The application form for this award […]

A rare sighting of a Freckled Duck near Wallagoot Lake. With thanks to Max Sutcliffe, Far South Coast Birdwatchers for the photos. 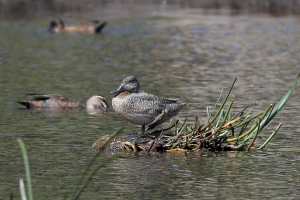 I was amazed to see our ‘wild un-afraid magpie’ (at home) regurgitate something up recently. I immediately went to see what it was – and as he was only about five meters from me and on the driveway – it was easy to spot. Here is a photo I took of the pellet, fresh from […]

Nice to see and hear the Gang Gang Cockatoo’s  (Callocephalon fimbriatum) about the EEC this morning.

Just out of the EEC office we found these Lycaena butterflies which emerged today. Did you know that they have a relationship with ants called myrmecophily (interspecies association). They produce sugar rich secretions that attract ants. In return the ants protect the larvae and in some species the pupa also.

Such a beautiful photo Doug took last week, I had to share it.

I’ve decided that I should make some nesting boxes to put up in the bush at home. I like the idea of using a hollow log but it’s important to leave logs in the bush for ground dwelling animal habitat.

This beautiful young Masked Owl was spotted by Phil in his yard. Amazing to see its defensive behaviour.