Students from Kindergarten to Year 6 have joined forces to create the ‘Wyndham Waste Warriors’. The students began with a waste audit of their playground landfill bin. They soon discovered that lots of the things that were ending up in the landfill bin didn’t need to be there. They weren’t waste items – they were things that could be turned into compost or recycled and made into useful things. After learning about the many reasons why landfill isn’t sustainable the students decided that this was definitely a problem worth solving. It was fantastic to see that even before BEEC staff had returned to the school to help students create an action plan the teachers and students had already:

Students then worked on action plans to reduce paper ending up in the landfill bin, to begin composting food scraps, to make sure recyclable materials stay out of the landfill bin and to reduce soft plastics coming to school. Well done ‘Wyndham Waste Warriors’! 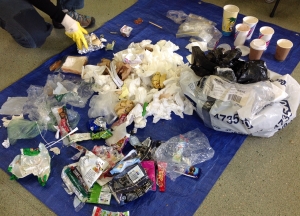 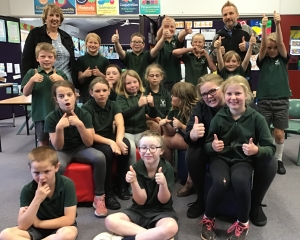 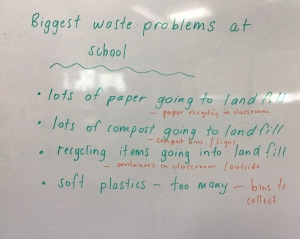 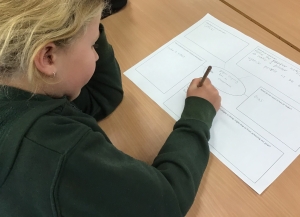 Wyndham Public School has received funding from the Bega Valley Shire Council to assist with the purchase of compost bins and worm bins, materials to build a bin bay for the school, equipment for bin monitors, additional bins for the school and prizes to award students that are great waste warriors.

This funding will allow the school to begin to put some of their action plans into place.

The project aims to change students behaviour around the sorting of waste – with students becoming more aware of the correct bin to put their waste into. It also hopes to change students attitude towards waste items by helping them realise that not everything they put in the bin is ‘waste’, for example paper can be reused and then recycled and food scraps can be made into compost. 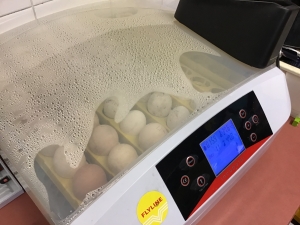 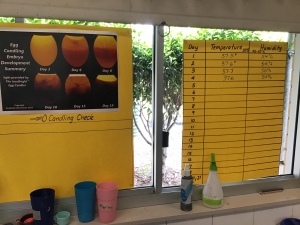 The school has introduced paper recycling bins and re-use scrap paper collection to all classrooms. Each classroom also has a compost bin, red waste bin and a lost property bin (so items can be re-used). Students have their own re-usable cup at school to use if they forget their drink bottle. The canteen (local shop) now uses paper straws. The school has built a chook pen and the students are hatching chickens. When the chickens are bigger they will be fed the school’s food waste (see photos above).

The results of the audit found:

The introduction of chickens to the school is an ongoing commitment to reducing organic waste in the landfill bin. This alone would reduce the waste to landfill by 30% (by weight of items) or 20% (by number of items). It will be great to watch the students next year continue to tackle the soft plastic waste, further reduce contamination in the recycling bins and increase the food scraps going to the chickens and the compost.