Bournda Environmental Education Centre visited Candelo Public School in Term 3, 2019 to talk to the students about waste and to conduct a waste audit. A very enthusiastic bunch of Stage 1 and 2 students did a fantastic job of auditing all the playground rubbish bins. Students at Candelo had already been collecting FOGO, recycling and landfill waste – so all three bins were audited. The students at Candelo showed BEEC some of the great things they are already doing at school – collecting textas for recycling, making their own glue tubs to avoid glue stick waste and bringing their own containers in for use in the canteen. It was exciting to see all of these things. It was also really great to see that there was almost no contamination in the FOGO bin. What the students did find, that they thought was a problem worth solving, was that the landfill bin had lots of FOGO items, recycling and soft plastics in it. So BEEC returned to Candelo PS and assisted the students to write up some action plans for the school. There were some great ideas including having bin monitors to make sure the right thing goes in the right bin, introducing FOGO-able containers to the canteen and teaching students how to make no-waste snacks for their lunch boxes. 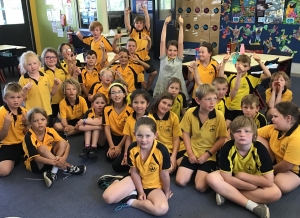 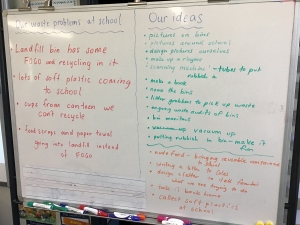 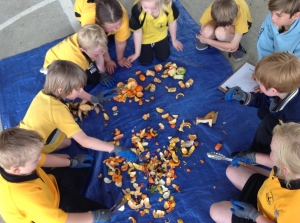 Candelo Public School has received funding from the Bega Valley Shire Council to help their current FOGO program – with additional caddies and liners for all FOGO bins as well as canteen containers that can be put into a FOGO bin after use. Equipment for bin monitors and prizes for students have also been included in the funding as well as support to help students to learn to cook waste free healthy snacks for their lunch boxes.

Let’s Get it Sorted – Waste Education
Scroll to top